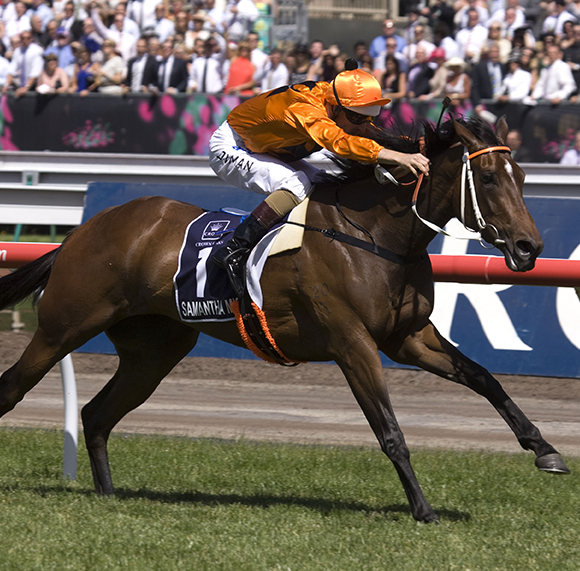 Among many staples on the Australian bloodstock sales calendar the name Willow Park Stud is one of the more familiar, and successful.

Under the stewardship of Glenn Burrows, since 2001 Willow Park consigned horses at auction around Australia have grossed some $154m with an impressive list of successes.

The farm consigned Classic winner Princess Coup to sale at $3m in 2009, then a record for a broodmare at the Magic Millions National Sale.

Bounding sold as a broodmare $1.9m at the Magic Millions National Sale in 2016 after having sold her for $425,000 as a Easter yearling.

We could continue but we think you get the point. Willow Park is something of a benchmark in an industry replete with hype.

The sharp end of the sales circle is the yearling market and it has been here that Willow Park forged its reputation as a proven source of winners.

In recent years Willow Park has produced 41 stakes winners, 12.3% stakes horses to starters and 73.7% winners to starters from crop sizes of between 30 to 40 yearlings annually.

One of the better known has been the Champion filly Samantha Miss who sold for $1.5m and was led through the Inglis sale ring by current farm manager Jade Rossington, while this season’s Group 1 Champagne Stakes winner She’s Extreme is also a Willow Park graduate.

That the farm has enjoyed so much success should come as no surprise. The quietly spoken Burrows commenced his career in the industry at 16 when starting in the pedigree section for William Inglis and Son at Randwick in the days when pedigrees were compiled by biro and hand out of Stud Books and Turf Registers and not at the press of a button.

Burrows spent 20 years at Inglis, the last 12 as Bloodstock Manager. before deciding in 2001 that a change was in order, one he put into practice with an initial purchase of 240 acres north of Scone which has since grown to 630 acres, a combination of gently undulating paddocks and creek flats nestled beneath a picturesque mountainous backdrop.

Burrows was well armed for his sea change and left the auction house with an encyclopaedic knowledge of pedigrees and conformation to start Willow Park.

One could argue Glenn was a natural to forge a career in the racing and breeding industry as his late father was a trainer and breeder but heritage can count for nothing without passion and here Burrows has excelled.

“I’ve always had a keen interest in following fillies on the track. It goes way, way back and I follow pedigrees closely,” he explains. “Working at somewhere like Inglis gives you a good grounding in pedigree research but it has become a passion for me.

“I don’t consider that as work. I’m fascinated by researching and working out what’s commercial, what isn’t. I’ve always thought there was room for a more specialised approach to selling broodmares and that is something we are keen to expand on.”

Willow Park rapidly became among the leading vendors at major yearling sales, however, a conscious decision by Burrows to specialise in a niche area now propels Willow Park to the forefront of Australian broodmare auctions.

In 2012, Willow Park had a turnover of $575,000 at the Gold Coast Magic Millions National Broodmare Sale, but just four years later, the yield was just shy of $8 million.

“Of course it’s great to get the big prices, but I’m so genuinely glad that we have the reputation as ‘sellers’. Willow Park has sold over 850 horses since we started,” Burrows says.

“These sales just continue to grow and the strength of the Australian market is tremendous.

“About six or seven years ago, I decided to get really serious and, on behalf of investors, started buying a few fillies off the track. I’m fortunate to have some terrific backers who just leave it up to me, their interest is purely as an investment.

“I source the fillies and mares straight off the track, I select which stallions to put them in foal to and then take them to the sale.”

“We have been using Barastoc feeds for around 15 years. It has been a key factor in Willow Park producing quality Sale horses and successful, sound racehorses,” Burrows says.

“Primarily we feed the Barastoc Low GI pellet to all of our stock. We like that is a balanced all in one feed, that is palatable and convenient to use. There’s no changing of feed at each stage of the horses life.

“Our mares are fed depending on their dietary requirements at the time - pregnant or lactating mares are usually fed more than the dry mares. If we have a heavy mare that doesn’t require all that Low GI offer, we instead use the Barastoc Stud Balancer, for just the required vitamins & minerals. During yearling preparation we do add KER Equijewel for muscle/topline and coat conditioning and KER EO3 oil (omega 3/coat conditioning) to the Low GI.”

With such attention to detail it is no surprise when Burrows says,

‘‘If I died and got the chance to come back, I’d love to come back as a thoroughbred racehorse because we care and love them so much 24 hours a day, seven days a week”