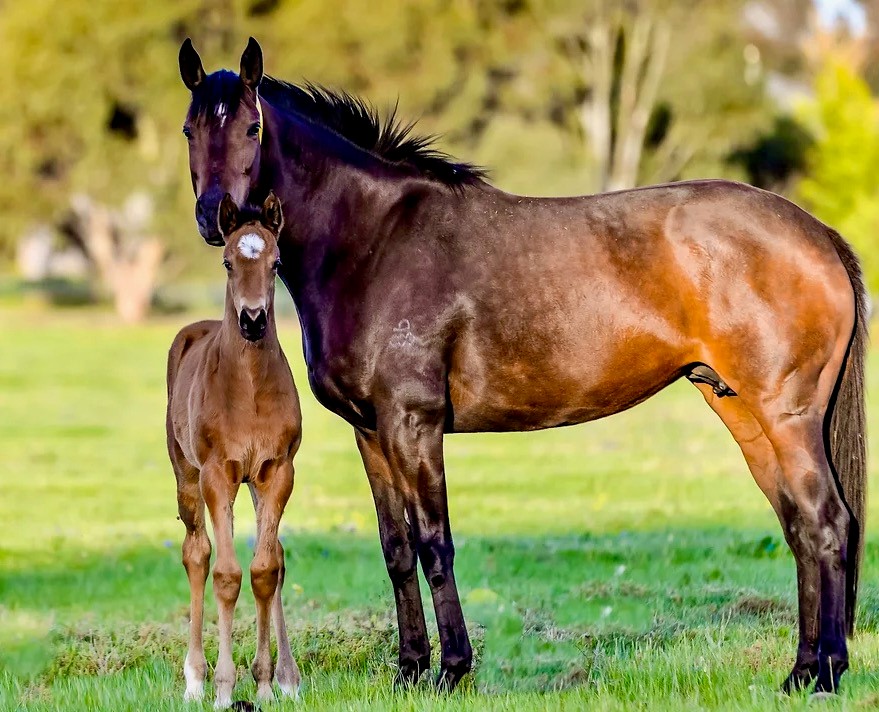 The new beginning for an old favourite

Timing, it is said, is everything. Throw in some adversity along with a liberal dash of serendipity and it’s an unbeatable combination, at least that is what it feels like for Peter Boyle and Lisa Gordon and their new adventure at Cornwall Park Stud in Victoria.

Rewind to May 2020 when Ballarat trainer Pat Cannon posted a tweet. “Cornwall Park is virtually empty… a great old stud still in excellent order, would be a great opportunity for a new breeder.”

Stephen Irwin, at the time manager of Arrowfield Stud and longtime friend to Peter Boyle and Lisa Gordon, saw the tweet and immediately knew of a couple who would be interested. Irwin knew the pairwere on the lookout for a farm and were about to sign for a property in New South Wales, he also knew this property was ideal for them

“Lisa was running a successful photography business but because of the Covid restrictions our work had stopped to a trickle. The horse business is addictive and we were seriously looking to get back into it again and were close to signing on a property in the Hunter so while the timing was not ideal we just had to see the place,” Peter said.

Seizing the opportunity the couple packed a bag and drove to Victoria the following day, viewing the farm on the Saturday, signed a lease on Tuesday and began moving in the following weekend!

“It was a bit of a whirlwind, but as soon as we walked onto the property we knew it was for us,” Boyle explains, adding that Cornwall Park’s current owners Alex and Nicole McIntyre were extremely accommodating and were wanting the farm to revert to horses following some commercial ventures that were less than satisfactory.

And the whirlwind continued for Peter and Lisa who spent the first month cleaning, gardening and mowing before they felt they were ready to fill the paddocks with horses again.

Peter Boyle knows his oats, as they say. After 25 years working at famed thoroughbred nurseries like Segenhoe Stud, Byerley Stud, Baerami Thoroughbreds and Emirates Park Stud in the Hunter Valley the itch that is the thoroughbred still needed to be scratched.

Once as Gnotuk Park as part of a large pastoral estate, when it was owned by Melbourne businessman Dennis Gowing in the 1980s, the property was acquired by Sir Donald and Lady Trescowthick in 1986 and operated by the Trescowthick family as Cornwall Park and later as the Independent Stallion Station before the farm’s sale in early 2017.

“We couldn’t believe it, the facilities are outstanding, it just took a bit of elbow grease to tidy things up and then we were on our way,” Boyle said.

A large homestead, still standing with a heritage overlay due to its attractive Federation style, was built in the late 1890s on the property which overlooks the Djerriwarrh Creek and covers 700 acres with a foaling unit, 70 loose boxes, a fully equipped stallion barn, covering shed, individual spelling yards, round yards and is now home to several stallions with mares and foals peacefully grazing in the paddocks.

“This country carries a good amount of natural feed which complements perfectly with what we feed from Barastoc,” Boyle says.

“I’m currently using Breed N Grow and Synergy and totally satisfied with both. The beauty for me is that they balance what we can provide from working with the country and the horses thrive on it so as far as I’m concerned we’re on a winner.

“It helps that I’m big on feeding, I don’t stop feeding, I keep feeding and with this block you can balance it. The more you put in the more you get out and the compliments we had last year from mare owners tell me it is working.”

“We’re currently fully stocked and last season had just over 130 foalings so we were certainly busy, but not complaining.

“The stallions we have give us the complete range from Group One winners to Classic winners and proven sires so we’re more than happy with what we have but in this game you never say never and if the right horse became available then we’d be interested,” Boyle says.

“Right now we are just so pleased Steve Irwin told us of that tweet and we are looking forward to the future here in Victoria.”