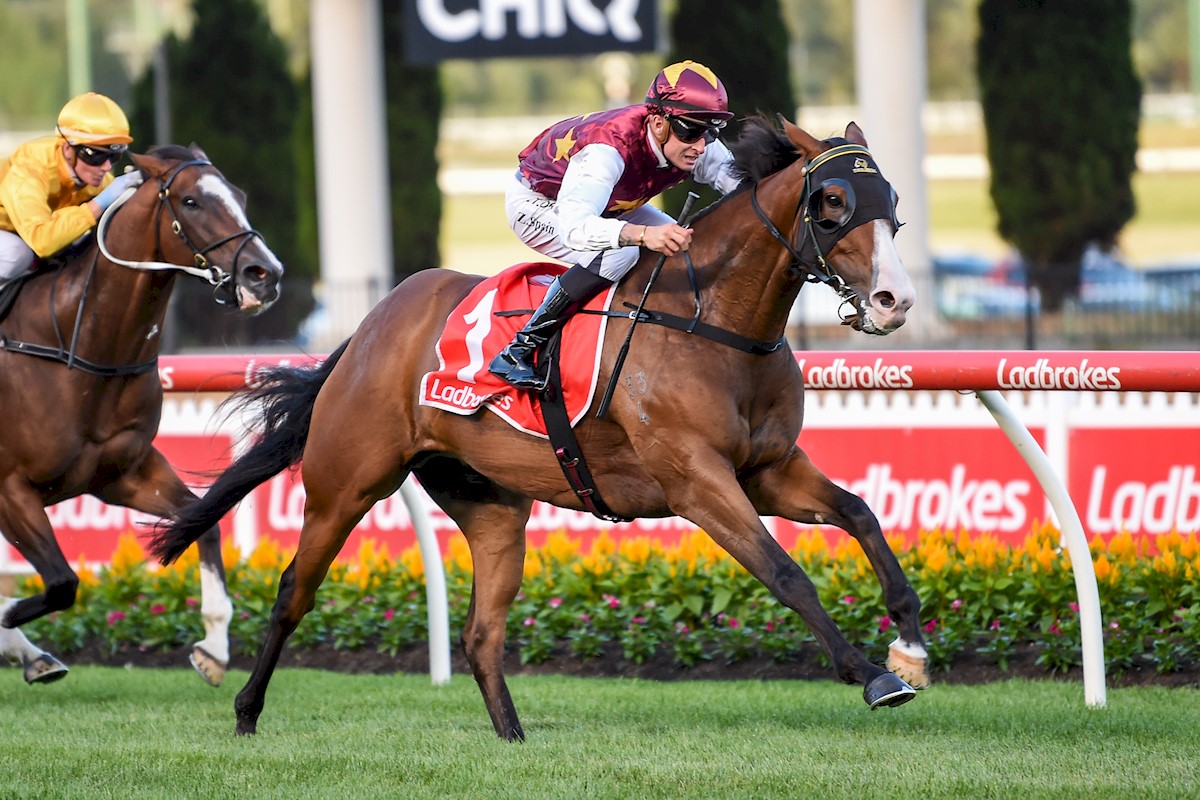 Some streets are paved in gold

Thoroughbred horse racing history is littered with stories of the underdog rising to the highest level. Think Phar Lap, think Seabiscuit, we could fill this blog story with them.

Streets Of Avalon is not quite in that category but he is a massive success story in his own right.

It is damning the gelding with faint praise describing him as tough. For sure he is tough with a capital T, but being tough is one thing, only a few places at the top table are reserved for those equine athletes good enough to compete over several seasons of competition and win at the highest level and Streets Of Avalon has, and is still, doing that.

That he has been able to have a career spanning 67 starts, 10 wins and 22 placings, two Group One victories and earnings of $2.4m is a testament to the skill and horsemanship of his trainer Shane Nichols.

It’s safe to say Nichols was born to be a racehorse trainer. The son of successful Yarra Valley trainer John Nichols, Shane started working around the stables as a child and worked his way through the family operation.

After spending time as foreman for his father and experiencing other pre-training and training operations interstate, it was a natural progression for Shane to “go it alone” and try his hand at training in his own right.

Now, some 30 years later, Nichols is established as a leading Victorian trainer, no mean feat considering he trains a team of around 40 from his base at Mornington.

“I had a mate say to me ‘come on, let’s buy a horse, you get your license and we’ll train,” Nichols says.

“That was over 30 years ago and I still train for that bloke today. They say the first 30 years training is the hardest so I guess you can say I’m into the home straight now.

“The hours are unsociable and it makes for a long day but I would not want to do anything else.”

Nichols committed full-time to training after having owned and operated a successful produce store in Yarra Valley.

“It was successful and I enjoyed it but I was training a few in the morning, had the next door garden centre as well plus three young kids and something had to give,” Nichols explained.

“Then we had the Black Saturday bush fires go through the area and that made up my mind. I moved to Mornington to train and have never regretted it.”

Like so many good horses, how Nichols came to train Streets Of Avalon is also a case of right place, right time.

“An owner of mine Phil Warren had two yearlings by Magnus and I’d trained a few by the stallion and liked them but I’d also trained a couple out of one of the mares without much success so I chose the other yearling which turned out to be Streets Of Avalon,” Nichols explains.

Streets Of Avalon stamped himself as the horse to beat in this month’s $500,000 The Archer, an invitation race over 1300 metres at Rockhampton after another game run at Caulfield last month.

The seven-year-old lined up in the Group 3 Victoria Handicap over 1400 metres and, after leading throughout, was only run down late by the promising Ayrton.

Nichols, who has never raced a horse further north than the Sunshine Coast, said that the idea of running was served up to him over 12 months ago over a beer at the Magic Millions Yearling Sales.

“A fella I drink with – we had a couple of beers at the back end of the Magic Millions Sales and he mentioned this race to me over 12 months ago and said ‘would you be interested?’, and I said ‘that does sound entertaining for us, I’d be more than interested’. Nichols explained.

“The Rockhampton Amateurs are booking me for social events. There’s the barrier draw and the Ball and then the after party – I think there was something on every night for the week.”

“The horse is in Queensland and in good shape, he’s well so roll on Rocky.”

Reflecting on having Streets Of Avalon Nichols is understandably speaks with pride.

“He’s been in the stable since he was a yearling, he’s a dual Group One winner and everyone loves him,” Nichols said.

“He’s got better each season from winning a maiden at Bairnsdale - the staff let him get away with anything, I tell the new people he just eats hay and poops gold.

“He’s a horse that thrives in the stable environment, if you spell him in the paddock he doesn’t enjoy really enjoy it.

“He’s got a dent on his face from where he got kicked by another horse as a young horse and we have to put sun screen on his nose in the summer to keep him safe.”

Training is a daily balance between keeping a horse fit enough to compete at the highest level in this case, but also happy and content and enjoying the work.

“I put a lot of store in Peter Huntingdon’s advice and he recommended it. The horses like it, the palatability is good and they thrive on it and hold their condition.

“That’s all well and good but the main thing for me is that they race well on it.”

One lesser known member of the Streets Of Avalon story is his regular track rider of the last four and a half years Jordan Chalmers.

Do not be deceived by the cherubic features, often wreathed in a smile. The English girl is a skilled horsewoman who has ridden high-class horses around the world - and she dotes on Streets Of Avalon.

“We all love him, if I’m honest I thought we might have seen the best of him but he just keeps surprising us, he’s like a fine wine and gets better with age” she says.

Chalmers does let one stable secret out of the bag.

“Shane pretends that he doesn’t love him but I’ve seen him giving him pats and letting him have a pick of grass all the time and spoil him.”

In keeping with the theme of the underdog, remembering this is a horse who went to Bendigo, Cranbourne, Morphettville, Echuca, Dunkeld, and Pakenham before finally winning at Bairnsdale, the final word on Streets Of Avalon belongs to Nichols who says simply.

“It’s been a terrific ride. If he becomes non-competitive we’ll stop, if he gets injured we’ll stop but for the moment he loves being in the stable and he’s racing well, so we keep going.”

Update on 7 May - Unfortunately Streets of Avalon was withdrawn from The Archer. Wishing the team all the best for the remainder of his campaign.