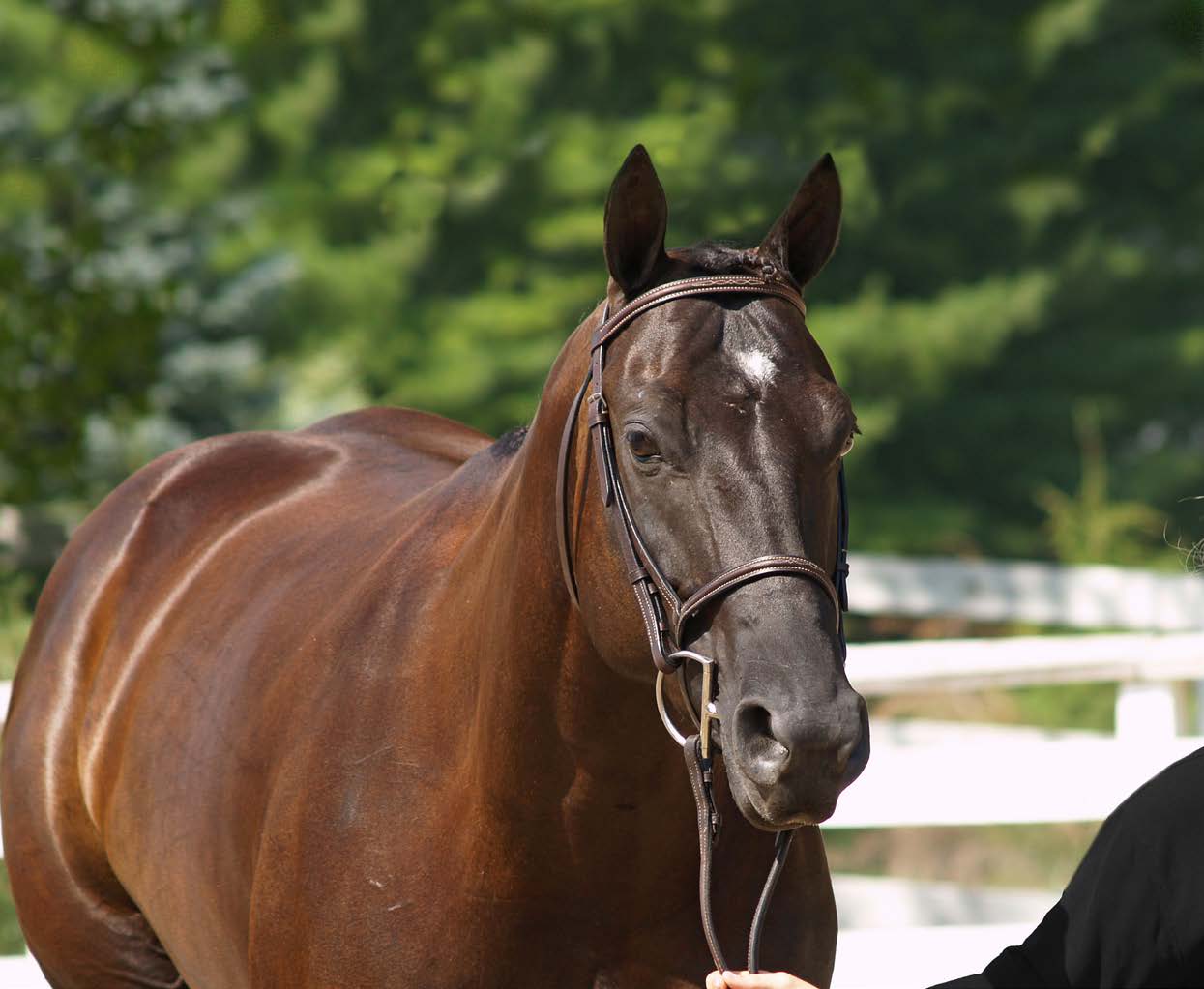 Obesity In The Show Ring

With the trend towards overly conditioned show horses and ponies on the rise, equine nutritionist DR CLARISSA BROWN-DOUGLAS explains why bigger is not better.

With the autumn showing season in full swing, it’s hard not to be glamoured by the glossy coats, perfect plaits, finely cut jackets and magnificent garlands, while overlooking the cresty necks, lumpy tail heads, and rotund barrels. Yes, some of these highly manicured show ring winners are actually obese, which is worrying for veterinarians, nutritionists and horse owners alike.

Horse obesity is a worldwide problem and researchers believe it should be considered the most important welfare challenge affecting equines in western countries. Studies show approximately one-fifth to one-half of horses are categorised as obese. A study of 96 horses conducted by researchers in the UK confirmed the equine obesity epidemic, finding 35 per cent of the research group scored 3.5 out of 5 on the body condition score (BCS) scale. Certain breeds are more at risk, including native pony breeds, Morgans, Iberian, and draft-type horses.

So, what’s wrong with an overly padded pony? For starters, obese horses are at risk of insulin dysregulation (ID). ID refers to various abnormalities in insulin metabolism, including abnormally high circulating insulin and insulin resistance (IR). These conditions occur when the horse’s body fails to respond to insulin as it normally would, causing increased insulin in the bloodstream. As a result, more sugar remains in circulation rather than being taken up by cells and used for energy. Over time, the high insulin and sugar levels negatively impact the horse’s overall health making them at significant risk of laminitis.

Laminitis, an inflammatory disease affecting the hooves, is probably the most distressing outcome of obesity often resulting in euthanasia. Horses that exhibit these factors (obesity and ID) are described as having Equine Metabolic Syndrome, or EMS. Horses with EMS characteristically show lumpy fat deposits in the neck area (cresty neck) and also around the tailhead and behind the shoulder.

Over the years, researchers have focussed on cresty necks due to a correlation between the degree of fat deposition, neck thickness, and insulin resistance. In a similar way to body condition scoring, a cresty neck score (CNS) is assigned to determine the risk of IR. A score of zero describes a neck with no crest, and a score of five describes a massive crest that has shifted permanently to one side and possibly collapsed. Researchers have established a correlation between insulin resistance and horses with cresty neck scores of three and above. It goes without saying that cresty necks and show ring champions frequently go hand in hand.

In addition to metabolic issues, overweight and obese horses are at risk of osteoarthritis and other injuries associated with carrying too much body condition. Bone and joint problems can be a source of chronic pain, and limit the use of the horse, even if only ridden recreationally.

These conditions are serious, and it makes for a difficult path for horse owners to navigate when many horses and ponies with dangerous levels of adiposity are rewarded in the ring. Certainly, owners’ perceptions of acceptable body weight are understandably skewed due to a high prevalence of obese horses and ponies. Interestingly, in the horse world, it seems to be more acceptable to comment on underweight horses than bring up the welfare issues of overweight horses, which may mirror sensitivities in human weight perceptions. Obese horses presented at shows are much more common than underweight horses.

But it’s not just horse owners who struggle to determine ‘normal’ body condition, according to a recent study, some industry professionals, including show judges, have difficulty recognising adiposity.

Researchers at North Carolina State University recently surveyed 211 show hunter judges to determine their professional experience and their opinion on body condition, making special note of consequences they assign when presented with thin or obese horses. Respondents were highly skilled, with almost half having more than 20 years judging experience. As part of the survey, they were sent 13 photos of horses to categorise as thin, average, overweight, or obese.

The 13 photos presented to the judges included five obese, three overweight, two average, and three thin horses, as classified by experts. While a minority of judges correctly identified the obese horses, most indicated that these were simply overweight. The majority of judges also identified the three overweight horses as average. In the same vein, average horses were subsequently, and therefore incorrectly, viewed as thin by most judges.

These data show that not only are judges less able to identify average - and therefore healthy - horses, but average horses incorrectly viewed as thin receive harsher penalties than those that are overweight or obese.

On the upside, at the conclusion of the survey the majority of judges (64 per cent) did request additional educational materials and concrete guidelines for assessing fat coverage in horses and ponies.

But it’s not all doom and gloom! Many in the horse industry are focused on horse owner education so that ballooning weight is managed appropriately before it negatively affects the health and welfare of their steeds. In fact, a recent program in the UK run by The Horse Trust and behaviour change scientists at Liverpool University has rewarded ideal body condition in show horses with a series of awards presented at horse shows. The program works with local on-site veterinarians and judges to score the horses in the classes, awarding a prize to the horse deemed to have the healthiest body condition. In addition to the awards, the program aims to provide advice to horse owners and riders to help them recognise the benefits of a healthy body condition.

The main strategies that owners can adopt to achieve a healthy body condition is to provide a diet and exercise program tailored to each individual horse, as well as understanding the risk factors associated with obesity, so that metabolic health conditions in the horse can be prevented. These include regular weighing (using scales or a weight tape) and body condition scoring, and working with an equine nutritionist to provide a balanced and safe diet.

For overweight horses and ponies, limiting pasture intake and feeding a low-calorie, low-sugar  (tested below 10 per cent for non-structural carbohydrates [NSC]), high fibre forage, balanced with a well formulated vitamin and mineral supplement plus salt, is a perfect diet for weight control. Other methods for reducing calorie consumption are a grazing muzzle to limit pasture intake, soaking and rinsing hay (especially if it has not been tested for NSC), and using a slow feeder hay net. In addition, regular exercise is vital to boost the horse’s metabolic rate, which in turn can support weight control. Equine nutritionists often report that horse owners are quick to modify the diet for rapid weight loss, often to the point of not feeding the horse sufficient roughage for optimal gastrointestinal health, while completely ignoring the benefits of exercise.

So, where to from here? Hopefully the chatter surrounding the major health risks associated with obese horses within the showing industry will gain volume, resulting in changes to the perceived ideal for show horse condition, and with owners rewarded for presenting their horses at a healthier body weight.

Obesity In The Show Ring