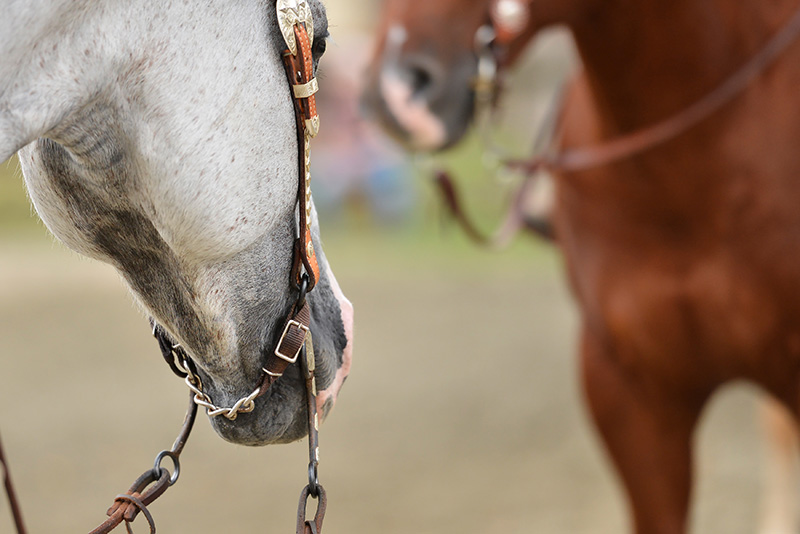 David Nash, GM Nutrition & Quality Equine Nutritionist BARASTOC (Ridley) Peter Huntington, B.V.Sc., M.A.C.V.Sc.Director of Nutrition Kentucky Equine Research, Australia Hyperactive, hot, fizzy. There are numerous ways to describe a horse that has too much energy and is being difficult to manage. Worse yet, this behaviour generally occurs at the most inopportune times, such as at an event or outing, when you want the horse to behave the most. Diet can influence this behaviour, and the right feed can also help manage your hot-headed stead.

Following a meal that is high in non-structural carbohydrates; namely starches and sugars (NSC), there is a rapid increase in a horse’s blood glucose levels followed by a sharp decrease as insulin acts to store glucose as glycogen for future use in energy production. These sudden changes in blood glucose levels can have a significant effect on some horses, leading to inconsistent behavioural patterns and hyperactivity. Maintaining these horses on a low-glycaemic ration to take control of spikes in blood glucose can often assist in returning some sanity to their lives.

Glycaemic response to feeding is directly affected by the ease and speed of digestion of NSC in the small intestine. Starch is a particular type of NSC found predominantly in grains. Starch is a very natural and necessary part of the horse’s diet; however, its use in modern horse diets must be carefully managed and controlled in order to avoid common problems that are directly linked to overconsumption. Cereal grains and molasses contain the highest amounts of NSC and thus can have the greatest influence on blood glucose levels in the horse.

How can horses get the energy they need for work without the risks associated with grain? Let’s not cast grain as the bad guy, as grain is useful for the vast majority of horses and will always be one of the best sources of supplementary energy for horses in any amount of significant work. Basing a diet on a low starch feed such as Barastoc Calm Performer should be adopted along with experience and training, which also play an important role in improving hyperactive or hot behaviour.

Barastoc Calm Performer is based on readily digested fibre sources known as super-fibres. Forage and super fibres (these include feedstuffs such as soy hulls and beet pulp) are very different from grains in that they are made up of complex structural carbohydrates which resist being broken down in the small intestine and instead continue on to the large intestine. While some starches and sugars are digested in the small intestine, the majority of structural carbohydrate are microbially fermented in the large intestine to produce volatile fatty acids (VFA), which are used as an energy source by the horse.

Barastoc Calm Performer is a fully fortified feed designed to provide slow release energy and produce more balanced energy levels due to lower blood sugar and insulin spikes following a meal. It contains omega 3 rich canola oil as the addition of oil significantly reduces the need for grain, because oil contains three times as much energy as grain. The low glycaemic response achieved by Barastoc Calm Performer makes it ideal for ‘hot’ horses.

Feeding the Hot and Fizzy Horse