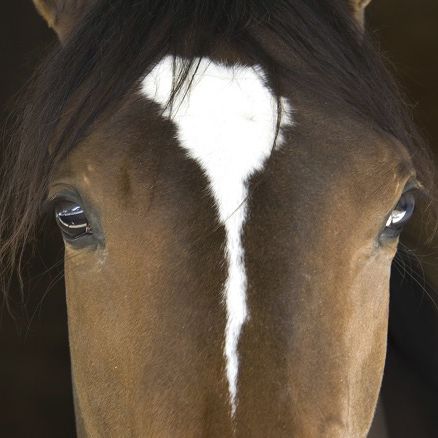 It is generally accepted that fibre sources vary greatly in their nutritional value for the horse and that the mechanism for this is dependant on the way the fibre is fermented by the hindgut bacteria. What are not usually published are actual values, which parts of the fibre make the best substrate and whether there are any interactions between fibres (and what does it all mean).

Fibre is a generic term; historically, that is in early animal nutrition systems, fibre was the part of a material that was chemically inert to the main analytical techniques. Even now, factions such as NDF (hemicelluloses, and lignin) and ADF (NDF + cellulose) are determined by calculating the residue of a sample after boiling in acid and neutral detergents.

Fibre is now perceived as the polysaccharides of a plant that are not starch (NSP). They can be combinations of a large numbers of carbohydrates and can range from glucose-glucose chains (with a different linkage to starch) – cellulose – to arabino-xylans to rhamnans to fructans etc. Alongside these are shorter chained sugar chains such as b-glucans, mucilages and pectins. The list is long and confusing and there is no final agreement on how these fibre factions should be classified.

However, in terms of practical nutrition, the classification is relatively unimportant as long as differences are recognised. The important part is how these various combinations are fermented and what useful nutrients are generated for absorption by the horse.

Hindgut fermentation is dependant on the presence of microbes that can breakdown these long chains, chains that are impervious to the horse’s digestive enzymes, and release short chain acids (VFA) that can be absorbed and enter the biochemical process of glucose metabolism “further down the chain”, or can be converted to these metabolites.

The microbes present in the hindgut are, to some extent dependant on the type of fibre entering the colon. Dominance of one fibre “type” will encourage those specialised bacteria that can utilise it. They will proliferate and create a microenvironment that will establish conditions more favourable to them. That is why excess starch entering the hindgut can be potentially dangerous to laminitics. Starch utilising bacteria, such as lactobacillus and bifidobacteria, produce lactic acid as their end products that will acidify the gut and encourage more acid loving bacteria. The pH of the hindgut falls and the successful “invaders” will produce more lactic acid and other detrimental products.

On top of this different components of the diet are digested/fermented in different sections of the gastrointestinal tract and their transit through these sections are dependent on a number of factors, including the bulking properties of the fibre 1. The longer the diet remains in the gut the greater the ability for enzymes to breakdown the diet and nutrients to be absorbed, and the more time for fermentation to take place in the hindgut. Even the most digestible of feeds will be of little benefit if they are pushed through the gut at such a rate as to be not efficiently absorbed. “Bulking” fibre such as cellulose and lignin will reduce the time in the small intestine, reducing protein and oil absorption, but increase it in the large intestine, increasing energy (although it may not replace the energy lost from oil absorption!).

It is important to get the balance right but to do so requires an idea of how different fibre types will perform.

When looking at the total disappearance of nutrients in the hindgut researchers noted that dehydrated grass lost 36% of its dry matter in 48 hours whilst hay cubes lost 67% and unmolassed sugar beet lost 87% 2. This implies that although “bulk” fibre (grass) may improve energy uptake, other components are lost; by reducing bulk – i.e. cubing – dry matter disappearance is almost doubled.

The figure for dried grass relates well with that found for hay 3, at 39% whilst the fibre component was 41%. Haylage produced a higher figure for fibre disappearance of 44%, but it was different parts of the fibre. For haylage the improvement was mainly due to the digestibility of mannose, galactose and glucose coupled with a lower digestibility of uronic acids.

Sugar beet is known to have excellent digestibility/fermentability patterns and reports have been consistent in showing its fermentative profile. The end products produced are similar to that of hay and oat fibre, although less in lactic acid and so one would imagine its fibre profile is similar to the other materials. So why then would it have such an impact on raising fibre digestibility? There would appear to be a factor that encourages those bacteria involved in cellulose and hemicellulose fermentation, as the increase in fermentation is greater then the component parts.

This increase in component parts is not just with hay. Recent research work 5 showed that the addition of sugar beet increases the rate of degradation of alfalfa so the combined value is greater than the individual sums. That is, again, sugar beet improves the fermentative capability in the hindgut, beyond the value of its own profile.

Although the mechanisms are still unclear, it is thought that the readily degradable fibres in sugar beet (pectins, hemicelluloses) added to the secondary cell wall material of alfalfa or hay (cellulose) creates an optimum microbial population for the fermentation of all the fibre components, a population that would not be achieved in the absence of sugar beet.

This discovery must be of considerable interest in the feeding of horses. The wide use of alfalfa as a feedingstuff, and the increasing popularity of Speedi-Beet (which has removed the major disadvantage of feeding sugar beet – soaking times – as well as improving overall nutrient availability) means there is now a combination that can provide a remarkable fibre profile and enhanced energy intake, up and above the traditionally held values.

Additionally, by incorporating other ideal fibre sources that have shown they to benefit from sugar beet addition, Fibre-Beet will provide an ideal fermentation substrate for the maximum digestibility of fibre.

Fibre-Beet, containing Speedi-Beet and quality alfalfa, due to its profile will also encourage an increase in forage digestibility.