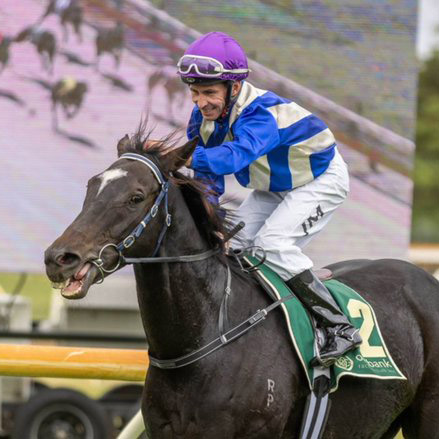 It is perfectly possible for something to look like a failure, yet prove irreproachable in practice.

In life they say all good things must come to an end, and horse racing is no different. The venerable Flow Meter duly completed his 200th race at Morphettville on July 25, believed to be a record for an Australian horse, and while records will show he finished last in the race named in his honour – the Congratulations Flow Meter on 200 Handicap (2250m), his journey is a celebration of all that we love in the thoroughbred and racing.

The result was irrelevant as the South Australian Jockey Club presented connections with a plaque in recognition of his achievements, as well as giving Flow Meter a plate of carrots to enjoy, while the jockeys on course also gave him a send off.

“It’s been a great run but the important thing is he’s safe and happy,” co-trainer John Hickmott said. “There’s been a lot of attention, he’s not the best horse going around but he’s done a great job and now he can enjoy the rest of his life in a paddock.”

Flow Meter retires the winner of 20 races, indeed he notched that win at start 191 – an incredible feat, but then again 12-year-old Flow Meter is unlike any other horse, his story has all the elements of a Hollywood hero movie and his retirement will leave a narrative void.

The Flow Meter story begins at the 2011 Inglis Great Southern Weanling sale in 2011 where you could have bought him for just $5000 when he was offered by Eric Buttler's Rangal Park Stud had there been any bids, Hickmott was undeterred and arranged to lease the son of Danerich.

Indeed, Hickmott initially thought he made a mistake and that Flow Meter even winning one race seemed an impossibility when he first started working with the horse, known in the stable as ‘Danny’

“When we first broke him in, he used to go like he had five legs,” Hickmott, who raced Flow Meter with his sister Nola, said. “He was all over the place, he didn’t have much action and he didn’t have the right sort of stride to be a racehorse. The late Eric Butler who bred him said: ‘All I can tell you is it’s a slow maturing family, just give him another chance’.

Originally operating a real estate agency in rural Victoria, the wily Hickmott started training in the 1960’s and has been around horses long enough to know that you don’t give up on a horse for a shaky start and he has been happy to have been proven wrong.

“We turned him out, brought him back in as a three-year-old, and he was a different horse altogether,” Hickmott said. “He’s been an amazing animal, and he just loves what he does.”

His debut came at Gawler on November 27, 2013 when the major Australian feature races were won by Shamus Award, Fawkner and Fiorente and a year before Winx made her first start. Five runs later, on February 5, 2014, Flow Meter won his maiden over 1700 metres ridden by Jordan Frew and the legend began. Since then his career has spanned four Australian Prime Ministers and Flow Meter has taken Hickmott, and lately co-trainer Carrina Riggs, on some journey.

Outside of South Australia he has raced at Flemington and Alice Springs, won country cups at Strathalbyn and Penola and was listed-placed in the Birthday Cup at Morphettville in 2017. In 2021 he raced 30 times as a 12-year-old and retires having raced across 10 calendar years and at 15 different racecourses —- his last start his 60th on the Parks track at Morphettville —- and with earnings of $794,560.

While admitting it was a sad day saddling Flow Meter for the last time, Hickmott is proud of his career.

“He’s obviously a stable favourite, all the staff love him, Carrina particularly,” Hickmott said. “every meeting whenever people ask me for my best chance, I always say, ‘just put your money on the old boy, and if he doesn’t win, at least you’ll get a run for your money’.

“It will be sad and different when he’s gone, but he’ll only be at the farm which is only six or seven kilometres up the road, so we’ll still see a hell of a lot of him don’t you worry about that, mate.

“He’ll go to the farm, and he’ll get his feed twice a day and be looked after as he has been for the last 10 years.

Neither Hickmott or Riggs were concerned with records, in each of his twelve years, Flow Meter’s welfare has always been put first.

The veteran Murray Bridge-based horseman trains the horse he says is like a good red wine, he gets better with age. “He knows what he’s doing, he just loves finding the line,” Hickmott said “Every time he won, I got goosebumps. I don’t tell him to do it, he wants to do it and there is a helluva difference.”

‘’He’s our best mate,’’ he said. ‘’It was odd as when I went to catch him race morning I walked out the float was parked there and he saw me walking and lifted his head up and said ‘is it going to be me today’

“One day when he wasn’t racing, Carrina took something else and he didn’t go and he just went round and round his yard saying ‘take me, take me’ We train out of yards, none of our horses are boxed, all the racehorses are in yards with a shelter, they can put their head over the fence and talk to their friends and they’re happy. I think if you’ve got a happy horse you’re going somewhere.

“Where we park the cars, we’ve got a five-acre property in Murray Bridge, he’s in an outside yard, and if you park near there, he knows something’s going on. If you don’t put him on (the float), he gets cranky.”

And so the horse nobody wanted retires a well-loved legend in his own Barastoc lunch time.

"It was pretty emotional over the weekend and will take a few days to soak in but the good thing is that I will get to see him again every day. He’s a human on four legs. He’s the same as us, he’s no different to us. He just doesn’t talk our language.’’ Hickmott said simply.